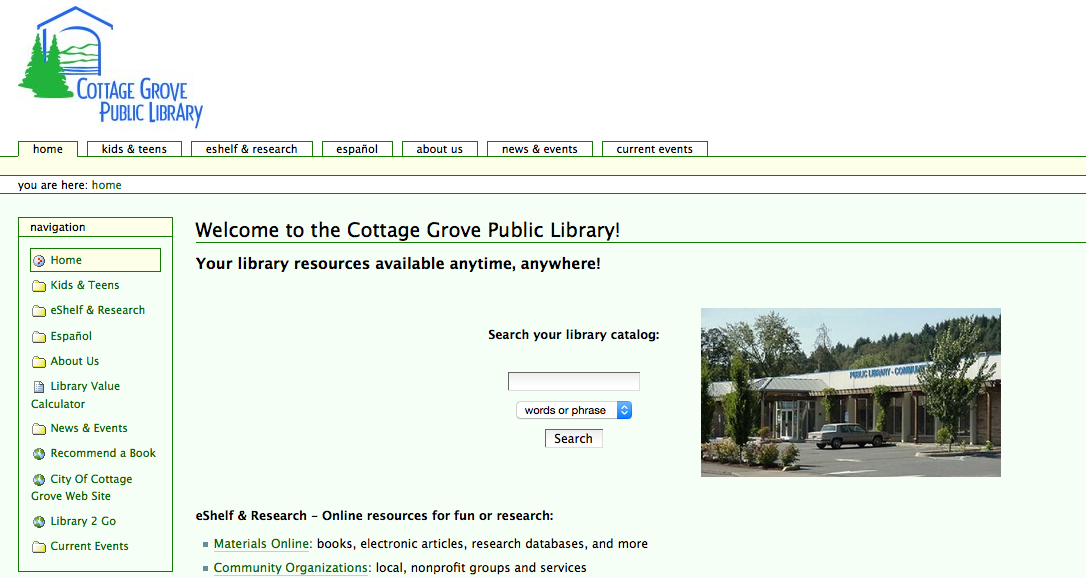 In 2005 our small rural library needed help. They had a bank of Windows based public Internet terminals where you could see all the latest trends in malware and porn, if you could get the public machines to boot at all, and a website from the mid 90’s . Since this was a volunteer project and money and time for ongoing support was hard to come by, Lillibolero flushed those old Windows installs, removed the hard drives from the desktop terminals and built a Linux Terminal Server Project install. Network infrastructure had to be built or configured first, but for surprisingly little money we got 10 public terminals up and running that have over the years 2005-2015 logged around 25000 logins annually, with very little downtime.

The website was not a Lillibolero creation, though we did advise on that. It was hosted by Plinkit for the last 8 years. Many thanks to them and the state of Oregon for footing the bill. We have also built small Groovy on Grails apps that the library has run internally for special events and installations. This project was a great success, and needed surprisingly little maintenance for the number of patrons it served.

We can’t begin to say enough good things about the Cottage Grove Public Library or its staff, and it’s amazing how much programming they bring in for their patrons given their size and budget.